This had been an exiting week for traders as the equities market was on a verge of a major sell off. Fortunately, we were watching the market very closely and saw the sentiment and market internals shift shortly after a new low was set last week. That was an early warning for us that a trend reversal to the upside could happen at any hour or day this week.

Wednesday and Thursday’s rallies were on solid volume and the market internal indicators along with market breadth were strong also. There has been a large surge of new highs across the board on the NYSE, NASDAQ and AMEX. These numbers tell me that it’s not just one sector moving the market; instead it’s a broad market advance (institutional buying).

While I don’t typically try to pick major tops or bottoms because of the added risks and lower probability of winning trades, I do tend to spot them forming a few days in advance allowing me to tighten stops and take some profits on positions.

Trend reversals typically have large violent moves near the beginning and end of their life cycle making things not only tougher to trade but potentially more costly. Once I see a trend confirmed with moving averages, volume, and sentiment along with market breadth that’s when I start looking to take positions on pauses or pullbacks to support zones. This greatly increases the odds of winning/making money from the market. There are some really great Options Trading Strategies for taking advantage of these volatility changes in the market which you can get at OptionsTradingSignals.com

SPY Daily Chart:
As you can see the market has clearly broken to the upside above key moving averages after finding support at the 50 day moving average. This rally has some solid volume behind it which I like to see also.

The first 3-4 days of a trend reversal generally post some give moves but after that initial thrust expect a pause or pullback to happen.

SPY 60 Minute Intraday Chart:
We were lucky enough to take profits on our inverse SP500 trade as the market started to give us mixed signals of a possible rally. A couple days later on Nov 26th we saw a major shift within the market sentiment preventing us from shorting the market again.

Two days later the broad market gapped higher triggering protective stops/short covering sparking a fierce two day rally which took the market up to a major resistance level. I do feel as though the market is going higher, but right now, everything is WAY over bought and trading at resistance. Even if the market moves higher for another 2-3 days and breaks this resistance level, it will most likely have a pause, or pullback as it regains energy for another thrust higher. 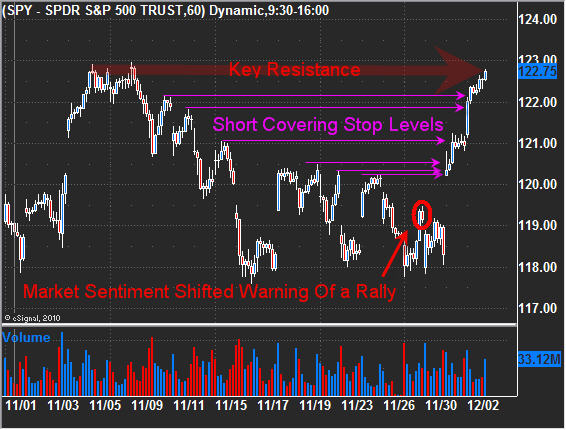 Mid-Week Trading Conclusion:
In short, it looks as though the trend is now up and the Christmas rally could be gearing up for a good one!

Be sure to get my Free Trading Analysis Book and Analysis here: https://www.thegoldandoilguy.com/trade-money-emotions.php 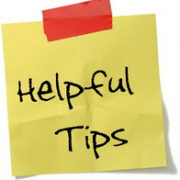 How To Trade ETF Price Spikes 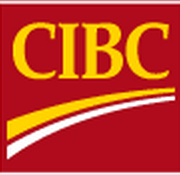 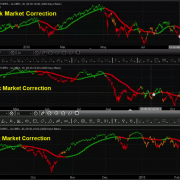